Oedipus in the District is a two-act, seven-scene opera originally commissioned by The Juilliard School’s collaborative opera-composition program, OperaComp. With a libretto written by Mike Lala and music composed by Joshua Getman, opening-scene previews were presented in 2018 at The Juilliard School and National Sawdust, performed by Charles Sy (Oedipus), Lydia Graham (Antigone), and Conor Ouly (Anchor), with stage direction by Arthur Makaryan. Jesse Brault conducted the National Sawdust performance.

The text of Oedipus is a slant translation of Sophocles' Oedipus at Colonus and exists in full as a libretto with full staging notes. It is currently being scored for a small chamber ensemble of violin, cello, flute, clarinet, and piano, and will feature pre-recorded music, voice, and immersive sound design in tandem with live performance.

“Breaking news specials flash on the back screen of the performance. In general, Oedipus, Antigone, and the news editor-in-chief play their drama against the backdrop of television screens, flashes and spotlights - all these iconic manifestations of today. An interesting and unexpected reading of the ancient Greek tragedy [that] plunges the spectator...into complete delight!”

Oedipus, exiled from Thebes for crimes against nature, arrives on the outskirts of Athens, blind, guided by his daughter Antigone, with a Delphic plan. Bent on taking the throne (and holding the gods to their promise), Oedipus makes an offer to the people: install him as their leader, rewrite their constitution, and protect him from an investigation emerging from Thebes. In return, Oedipus will channel the gods' power to protect and raise up Athens—above cosmopolitan Thebes, above warring Persia—and above a freakish storm brewing on the horizon.

But Antigone misses glittering Thebes (and her heartthrob brother Polynices), and as Oedipus turns his sights on the city that exiled him, a prophesy extending the family curse threatens to upend his revolution. Reinventing Sophocles' Oedipus at Colonus and inverting the Oedipal impulse toward female agency, Oedipus in the District is an opera about rhetoric, family, wealth, and power—how power given can't easily be taken back, and power taken can't easily be kept. 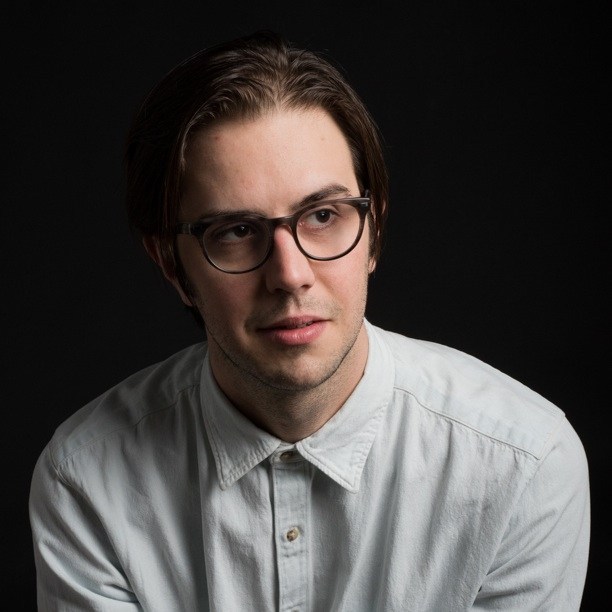 Mike Lala is the author of Exit Theater (Colorado Prize for Poetry 2016), Twenty-Four Exits: A Closet Drama (Mary and Leigh Block Museum of Art 2016), In the Gun Cabinet (The Atlas Review Chapbook Prize 2016), Infinite Odyssey (Pioneer Works 2017), and Oedipus in the District (Juilliard's OperaComp/National Sawdust, 2018). Poems appear in BOMB, Boston Review, Fence, The Brooklyn Rail, Denver Quarterly, and Hauser & Wirth’s Ursula. He's presented work across the U.S. and Canada, at the 92nd Street Y (for Anne Carson's Tenth Muse), The Poetry Project at St. Mark's Church, the Whitney Museum of American Art, and the Metropolitan Museum of Art of New York City. He grew up in the western United States and Tokyo, and lives in New York. He is represented by Jamie Carr of William Morris Endeavor. 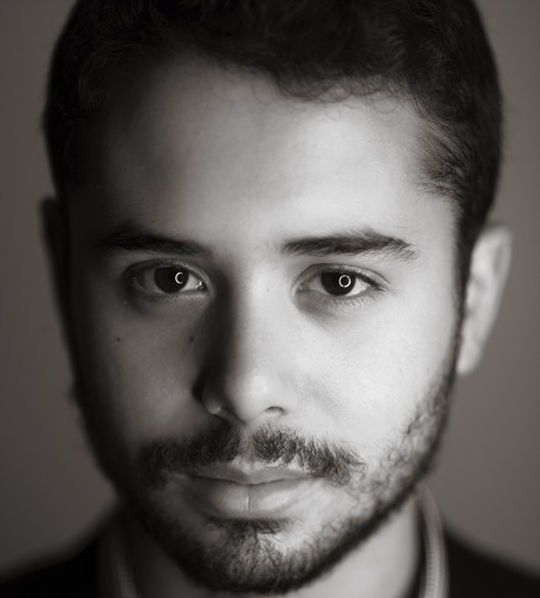 Joshua Abraham Getman (b.1993) is a composer, producer, and sound designer based in New York. An alumni of The Juilliard School (BM 16’, MM 18’), he has written multiple large orchestral works, chamber pieces, and projects for the recording studio. In 2018, Josh scored the short film Elephants Purr Like Cats Do, which was screened at the Keylight LA Festival, and the digital-mini series First Lady Problems, currently streaming on Revry. In 2019, Josh began working for the sonic branding agency Man Made Music and is currently a freelance audio editor and composer for them. 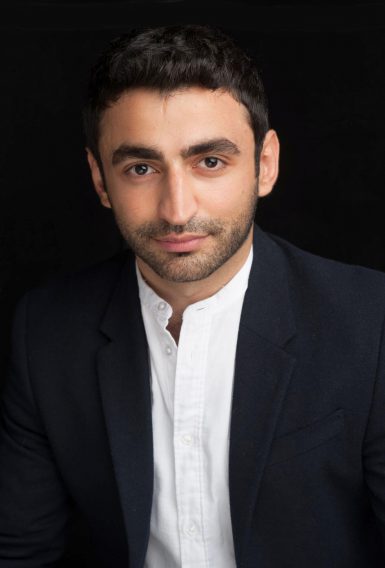 Arthur Makaryan is a New York-based director and producer. He was the 2017-18 Opera Directing Fellow at the Juilliard School and holds master’s degrees in directing from Columbia University, La Sorbonne, and the Yerevan State Institute of Theater. He has assisted Stephen Wadsworth, Darren Katz, and Sybille Wilson, and directed Simulacrum (3LD Art and Technology Center), Broken April (LenFest Center for the Arts), Hamlet Machine, and Black Garden (tours in Russia, Europe, USA). Arthur co-founded Epsidon Theatre Company in 2012 and in 2014, made his Avignon-Off festival debut with A la vie, a la mort by Simone Rist. 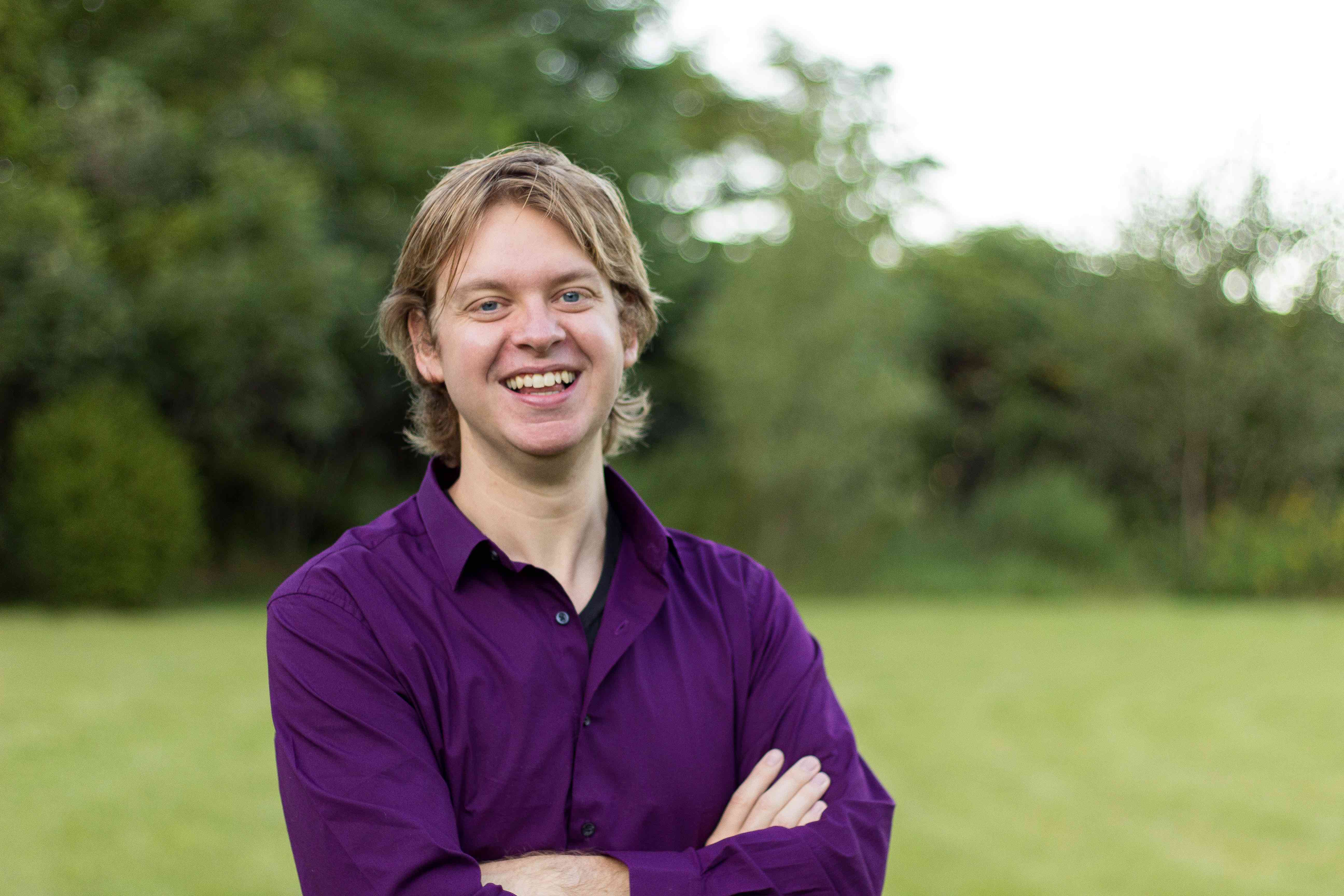 Jesse Brault is a conductor and composer residing in New York. He studied orchestral conducting at the Juilliard School with Maestros Alan Gilbert and James Ross, graduating in 2018. Making his Carnegie Hall debut in 2019, Jesse appeared with Carnegie Hall’s Ensemble Connect, leading a performance of John Adam’s Chamber Symphony. He has also appeared with the Orlando Philharmonic, accompanying their music director Eric Jacobsen in a performance of Dvorak’s Silent Woods. A composer himself, Jesse is particularly passionate for conducting new compositions; he appeared at National Sawdust in 2018 leading newly-composed opera scenes by Joshua Getman and Sam Wu (including Oedipus in the District), and has conducted the premieres of many of his peers’ compositions.

We gladly welcome all contributions, however large or small. All funds go directly toward future productions of Oedipus in the District (see above for a list of upcoming performances). Please use the PayPal button below to make your donation. Thank you!